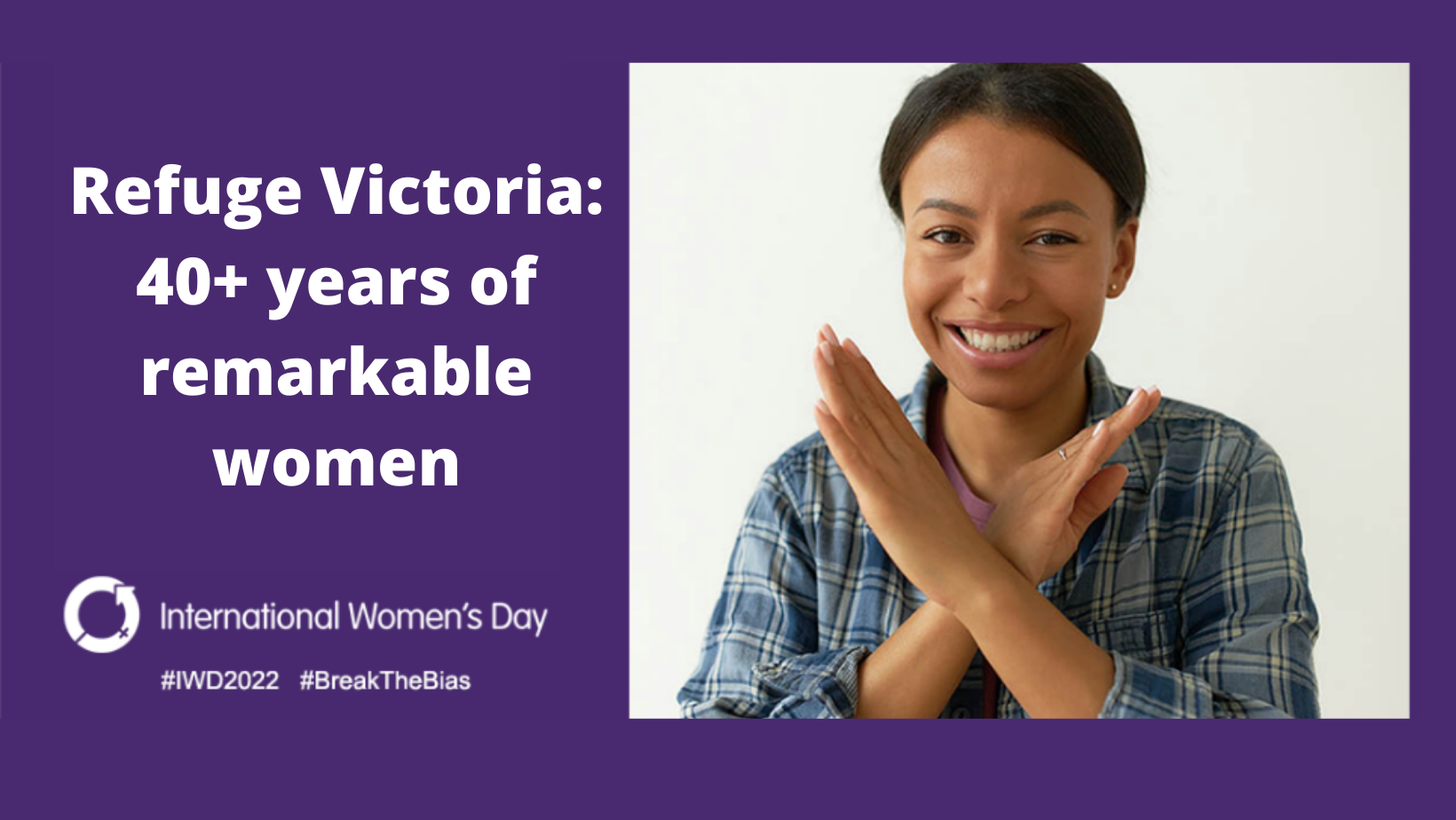 For over 40 years, Refuge Victoria (formally Safe Futures Foundation) has been supporting people escaping violence. A lot’s changed over the decades, but one thing remains the same: the incredible efforts of the women working in the refuge sector, and the courage and resilience of our clients. This International Women’s Day 2022, we pay tribute to them all.

Bak in the 70s, six refuges were established in Victoria, created and run by very diverse communities of women. Eventually four of these refuges would amalgamate to form the organisation now known as Refuge Victoria.

It’s hard to believe now, but pre-1970s, family violence was considered a fringe issue raised by a radical group of angry women.

Of course, it wasn’t that pre-1970 family violence didn’t happen, but it happened in the dark. In the 1960s and 70s there was some understanding that some people behaved violently towards their partners and children, but it was generally considered a problem within families, rather than a problem with society.

In a lot of cases, women who experienced abuse would temporarily flee to the homes of family or friends, if they had them. But with little government or institutional support, women would often have no option but to return to the perpetrator and hope the next time he turned violent he wouldn’t kill them.

Pre-1970s, the care and safety of women and children escaping family violence were left to women supporting other women within the community, so it’s no surprise that when refuges began to be formed in the state, they were created and run by women, who saw the need to respond to immediate safety concerns and advocate for longer-term institutional reform.

The first two refuges to amalgamate were Brenda House and Maroondah Halfway House, both not-for-profits established and run by women in the community who saw the need to support women and children who experienced family violence – and acted on it.

The third refuge to amalgamate was Woorarra, a large old rambling guest house in the hills of the Dandenong Ranges, which was founded by feminists who were saying ‘Enough’, 50 years before it became a hashtag.

The final refuge to amalgamate into what we now known as Refuge Victoria was Robinson House, founded by a concerned group of women from Blackburn Baptist Church who worked together to support women and children escaping family violence.

Yet the strength of refuges and crisis accommodation isn’t within the bricks and walls alone – it’s the team of remarkable women that turn up every day, bringing with them specialist skills and expertise and experience, and an unwavering belief that every woman and child deserves a life free of violence.

Of course, our inspiration and our very reason for being are the women who stay in our properties. Their strength and resilience are truly remarkable and their commitment to building secure and happy futures for their families keeps us doing the work we do.

This International Women’s Day we reaffirm our commitment to women escaping family violence and continuing our advocacy for a future where all women are safe and free.